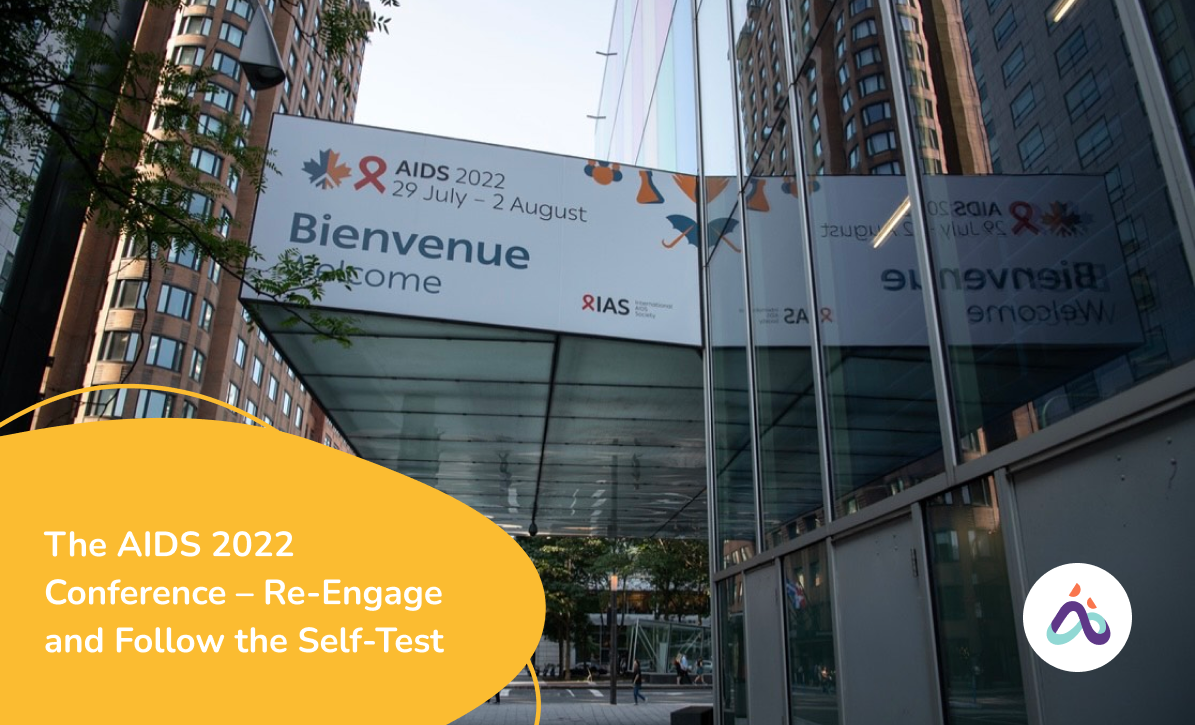 Last month, the 24annual AIDS conference wrapped up in Montreal, and I was fortunate enough to represent Aviro Health in person. The coverage leading up to the conference focused on the visa challenges that prevented many of our colleagues from high-prevalence countries from attending. However, the day before the conference started, the big news was the announcement of a $1 HIV self-test, which is nearly half the price of most widely available self-tests!

HIV self-testing (HIVST) allows a user to self-sample a small amount of oral or blood fluids, perform a HIV rapid test, and interpret the results, independent of a healthcare facility. In 2012, the FDA approved the first HIVST for home use, and four years later, the WHO released guidelines for HIVST use, which has led to 98 countries adopting national HIVST policies, including South Africa, which released their national HIV self-screening guidelines back in 2018.

After a decade of self-testing, there have been over 30 RCTs that show the effectiveness of HIVSTs  and over 100 values and preference studies that show their usability and acceptability, especially in key populations. Based on this evidence, the message at this year’s conference was quite clear; the time for research is over, it’s time to start implementing HIVST programmes at scale to see what works and what doesn’t. However, for HIVST to be scaled up and sustainably offered by governments, they need to know that people are being counselled and linked to services; and they need data to prove this impact.

One of the most effective ways to do this is with digital interventions, like the Aviro Pocket Clinic, which helps the user travel through the self-test journey, receive counselling, and link to care after the test. During the conference, Aviro was invited to attend the launch of a new WHO and UNAIDs policy brief on virtual interventions for HIV, which will help implementation teams incorporate digital tools into their programmes.

The importance of self-testing was again reinforced by the South African Minister of Health, Joe Phaahla, when HIV self-testing was listed first among a number of initiatives that the Department of Health is promoting to achieve the 95-95-95 goals. Since the announcement, a number of NGOs have reached out to Aviro Health to provide digital support for their self-testing programmes, before the year’s end.

The theme of this year’s conference was re-engage and follow the science, and that is exactly what Aviro is doing. The science is telling us that self-testing works, and with three peer-reviewed articles evaluating the Aviro Pocket Clinic, the science is also telling us that the Aviro Pocket Clinic works as a tool to improve HIVST programme efficiency while also maintaining and even improving linkage to care rates for key populations. We look forward to helping new users navigate their self-testing journey as soon as those new kits hit the ground.